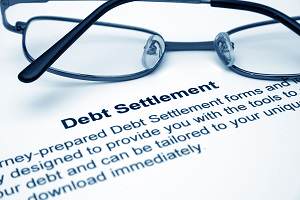 Many U.S. consumers feel threatened after talking with debt collectors on the phone. That’s the conclusion from a long-awaited report from the Consumer Financial Protection Bureau (CFPB). It’s a report that’s generating lots of national media buzz, and in this issue, we’ll talk about it as well as go over things that debt collectors are forbidden to do.

The Study at a Glance

For their study – which you can read here – the CFPB surveyed a sample of consumers between December 2014 and March 2015. The consumers were identified from credit reporting records. While talking with CFPB about their experiences with debt collectors:

With the release of the disturbing information about the debt collectors, the CFPB also issued a snapshot of the online debt sales market. The selling of uncollected debt is perfectly legal, and it’s something we discussed in an earlier issue. The problem is that a number of the reported sites contained unencrypted personal information – including name, dates of birth, Social Security numbers, account numbers – that were and are available to anyone who visited those sites. That information can easily be used for personal identity theft.

With help from the Federal Trade Commission, below are practices that debt collectors are forbidden by law from doing. If you catch them doing any of these, you can sue them in a state or federal court.

To Fight Back Against Abusive Creditors, Call The Oswalt Law Group in Arizona

If you’re in deep debt, you may feel that you don’t have any rights left – but you do! Call us and learn how to take legal action against a harassing creditor. The first consultation is always free, and our number is (602) 225-2222.