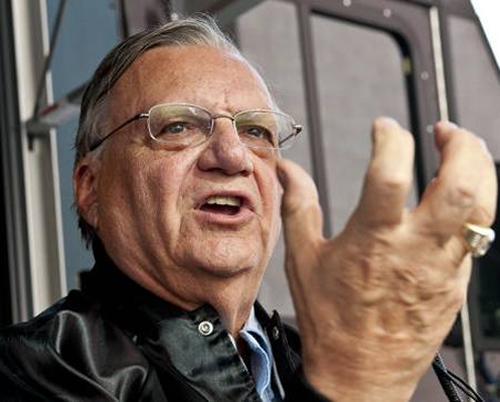 In the face of pressure from Washington and the courts, Maricopa County Sheriff Joe Arpaio is disbanding the controversial police squad used to raid businesses and arrest more than 700 immigrants accused of using false IDs to get jobs. The sheriff’s office was stripped of federal immigration powers and is being investigated for alleged civil rights violations. Arizona’s immigration laws, once some of the toughest in the nation, have been thrown out by several courts as unconstitutional, and Arpaio’s office has come under fire for possible targeting of Latinos.

Immigration law has come under scrutiny in the last decade as changes throughout Arizona and the nation have prompted voter frustration with the then-current enforcement system. State lawmakers and Arpaio were, at the time, leaving immigration enforcement to federal authorities, but, citing “public safety concerns,” the sheriff waded into the immigration battle about ten years ago. Squads were set up that targeted immigrant smuggling as well as businesses that illegally hired immigrants. By 2010, immigration patrols were conducting sweeps of heavily Latino areas to seek out traffic violators and other offenders, arresting approximately 850 illegal immigrants in 20 sweeps since 2008. In 2009, Washington stripped deputies of the power to make federal immigration arrests, and a federal judge ruled that Arpaio’s office was profiling Latinos in traffic stops, a claim the sheriff disputes. Arizona is one of the states that has filed a lawsuit seeking to dismantle President Barack Obama’s executive order denying the states the right to deport illegal immigrants. Known as “executive amnesty,” the order could result in the protection of millions of immigrants who have arrived in the country outside of proper immigration channels and who are now seeking citizenship.

What Can I Do If I Am Arrested?

If you are arrested and charged with a crime, whether you are an immigrant or a natural citizen, you have rights that protect you from unreasonable behavior on the part of the police. If you believe your rights may have been violated, it is important for you to work with a criminal defense attorney to protect yourself. The attorneys at the Oswalt Law Group in Phoenix have years of experience dealing with criminal charges of all types. Contact us today for a consultation to learn more about your rights and how you can best address criminal charges against yourself, no matter what your immigration status.