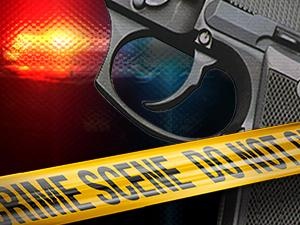 Shooting May Be a Hate Crime

According to reports, Phoenix police are investigating a shooting at a Mexican restaurant that could be an anti-gay hate crime. Investigators have concluded that two groups of people were involved in a fight at Julioberto’s, a Mexican restaurant in Las Vegas, around 3:00 a.m. The incident began as a verbal altercation, which escalated to a physical altercation outside. One man involved in the brawl left after making anti-gay remarks to the cashier at the restaurant. He then returned with a gun and fired into the restaurant. A bullet hit a woman in the hand. According to one witness, “He was talking [expletive] about us because we were gay…Someone else asked him, ‘What’s your problem?’ and he didn’t think twice. He ran away to his car and got [the] gun.” According to Officer James Holmes, “We do have information that this was a possibility a bias incident, that it involved name-calling and things of that nature…And so certainly we’re going to investigate it with the information we have as a possibility.”

It is not uncommon for a verbal altercation to escalate to an altercation involving a deadly weapon. While a minor verbal threat may only be classified as a misdemeanor, harming someone is typically a felony. If you assault someone with a deadly weapon, including a knife or a gun, you may face serious criminal charges which carry harsh penalties including jail time. Additionally, so-called “hate crime” charges are becoming more common. Hate crimes occur when someone is targeted for a specific characteristic, such as race or sexual orientation. A hate crime charge can increase the severity of any penalties attached to a conviction for an assault or other criminal charge and may include longer jail time and higher fines. When facing a serious charge like a felony, it is critical that you speak with a criminal defense attorney like those at the Oswalt Law Group in Phoenix, Arizona. Our team of defense attorneys will evaluate your case and help you make the best decisions about how to approach your defense. In some cases, we may be able to negotiate a favorable plea deal which can lessen the penalties you face. In other instances, we may be able to build a defense that can have the charges completely eliminated. Contact the team at the Oswalt Law Group today for more information.