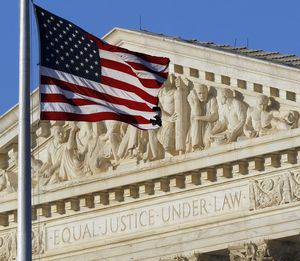 According to recent reports, the Supreme Court has declared that bankruptcy courts have the authority to rule on disputes that fall outside of the bankruptcy proceedings if both parties in the case consent. This new ruling has helped to clarify the power of bankruptcy judges. This particular issue has been in question since 2011 when a high court limited the authority of bankruptcy judges on non-bankruptcy issues. The new 6-3 ruling now clarifies this. The case that initiated this ruling involves Wellness International Network, Ltd., who set out to recover $655,000 in attorney fees from Richard Sharif, with whom the company has a legal dispute. When Sharif filed for bankruptcy in 2009, he was able to avoid paying the debt back. Wellness has since claimed that Sharif had assets in a family trust that could be used to repay the debt. The lower courts agreed. Now, the Supreme Court has said that lower courts must decide whether Sharif actually consented to the bankruptcy court deciding the issue. If not, it could be revoked.

When you are being crushed by a mountain of debt, it can feel like there is no way out. Fortunately, the law does offer some options. One such option is declaring bankruptcy. This may not be the right option for everyone; however, it does offer several ways to discharge or reorganize debt and have a “fresh” financial start. Most people who declare bankruptcy do not do so because they have frivolously spent all of their money and gone into massive debt to live above their means. Instead, the most common reason for filing bankruptcy is some type of financial misfortune, such as medical expenses or the loss of a job, which has made it difficult or impossible to repay the debt. Bankruptcy offers those who have met with financial problems a way to discharge this debt.

How to Declare Bankruptcy

If you are under a mountain of debt and feel there is no way out, call the team at Oswalt Law Group in Phoenix today. Our team has extensive experience helping debtors determine the best options for achieving a debt-free future. We can help you determine if bankruptcy is a viable option for you, while also showing you other options that may work better. If bankruptcy is the right choice for you, we can help you determine the right type of bankruptcy as well as guide you through each step of the process. Give the team at Oswalt Law Group a call today to find out more.