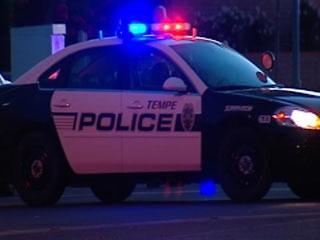 A former police officer in Tempe has tendered her resignation amid a scandal that involves possible hindering prosecution charges.  Officer Jessica Dever-Jakusz was said to have handed in her resignation as her department engages in an “active criminal investigation” looking into the possibility that she committed at least two acts of hindering prosecution, according to sources. While the charges have not yet been filed, the Tempe police recommend that the district attorney’s office pursue the case.  However, there is no timetable at this point for when charges may be filed, and Dever-Jakusz has not yet been arrested. The woman is involved in a situation in which her husband is the subject of an inquiry by Internal Affairs.  Until the investigation is finished, authorities are not allowed to release any more information. Charges vs. Investigations–The Crucial Difference When it comes to criminal cases, there is a crucial difference between an investigation and charges.  While many people believe that a criminal case begins with a charge, it actually begins with the investigative phase and this time is critical in determining whether or not the person will ultimately face criminal charges.  It is also why it is so important to secure the services of a criminal defense attorney as early as possible in the course of a criminal case. When a person is questioned or investigated in connection with a criminal matter, prosecutors are trying to decide if they have enough evidence to bring charges.  During this important time, a person who is being investigated may be able to convince the prosecutors that they do not have enough evidence to proceed or that the person is better off as an asset who will help the prosecutors rather than as a criminal defendant.  It is more likely that a person will accomplish this goal with the help of a criminal defense attorney. If you already know you are being investigated in connection with a crime but have not yet been arrested or charged, it is time to talk to a criminal defense attorney.  If you are brought in for questioning or are arrested, you should say nothing but wait for your attorney to appear on your behalf.  This is not an admission of guilt; rather, it is the smart way to handle a criminal investigation and your very best chance at avoiding having criminal charges filed against you.