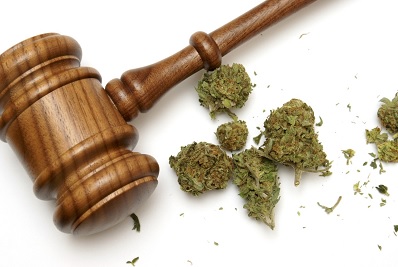 The Highs and Lows of Pot Laws in Arizona

A Gallup poll conducted in October found that a majority of Americans (58%) are on board with legalizing the use of marijuana. That number reflects the undeniable momentum seen in support of making pot legal. When Gallop first asked Americans in 1969 how they felt about marijuana, only 12% favored its legalization. That number has steadily risen ever since, and those in favor of weed legalization have been among the majority since 2013.

Arizona One of Worst States to Get Busted for Getting High

Without a doubt, the Grand Canyon state is one of the worst states to get charged with marijuana possession. Regardless of the amount, you’re accused of possessing, it’s a felony charge. If that sounds odd, it’s because Arizona is the only US state with such a law.

Penalties for Pot Possession in Arizona

Whether you’re caught with a single bud or merely possessing pot paraphernalia, you could be facing some serious consequences. The breakdown on possession amount and charges includes the following:

Double Standards in Arizona for Weed Use?

With its “tougher than any other state” attitude towards the recreational use of marijuana, it’s a bit ironic that Arizona gets stunningly high scores for protecting the rights of medical marijuana patients. An analysis by Americans for Safe Access  found that Arizona law enforcement will go out of their way in protecting medical weed patients from being charged with DUIs if they can prove the amount of THC in their system is not enough to cause impairment.

While many other states are relaxing their weed laws, Arizona is holding firm in its serious stance against possession of any amount. If you’re charged with pot possession, you need legal help immediately. The charges are far too serious to risk handling the situation on your own. The experienced criminal defense attorneys at Oswalt Law Group in Phoenix thoroughly understand the laws and all of the options available to you.