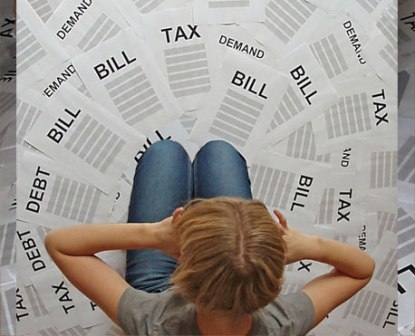 The History of Bankruptcy

Ever since the dawn of time, mankind has struggled with debt. The concept of being bankrupt is nothing new, but the way it is handled has definitely changed over time. Here is a brief timeline showing the development of modern bankruptcy practice and how bankruptcy has changed over the years. 2000 B.C.—The “Jubilee” or Holy Year is referenced in Old Testament law as a celebration that occurred every 50 years. During this year, all property was returned to its original owners and all debts were forgiven. Those who had become slaves due to debt were to be held no longer than five years. 500 B.C.—Those in Ancient Greece who became indebted could be sold as slaves to pay the debt along with their families. 50 A.D.–The term “bankruptcy” is thought to come from the Latin words bancus, meaning “bench or table,” and ruptus, meaning “broken.” The image is of a public table in the marketplace that was broken to show failure to negotiate. This term made its way into medieval Europe, where Latin was the language of the Church as well as of international business. 1542 A.D.—Henry VIII, the famous English king, passed the first official laws concerning bankruptcy. A bankrupt individual could be treated as a criminal and imprisoned for not paying his or her bills. 1750 A.D.—England passed laws that provided for discharges of unpayable debts if debtors agreed to pay what they could and creditors agreed to accept the money in settlement. 1800 A.D.—The first United States bankruptcy laws were passed. Bankruptcy laws were passed and repealed about every 30 years in response to specific economic crises. 1898 A.D.—The Bankruptcy Act of 1898 gave companies protection from creditors by placing them in receivership. New Bankruptcy Acts were also passed in 1933, 1934 and 1938 that further expanded the powers of the bankruptcy court and protection for debtors. 1978 A.D.—The Bankruptcy Reform Act of 1978 served as uniform federal law to govern all bankruptcy practices throughout the country. This Act was amended in 1984 to limit the power of judges and to protect employees covered by labor contracts. 1994 A.D.—Skyrocketing numbers of personal bankruptcies forced the legislature to look at the ease with which debtors could file and led to the Bankruptcy Reform Act of 1994. In 2005, the Bankruptcy Abuse Prevention and Consumer Protection Act became law. This law took into account the debtor’s income when determining whether to make him or her pay back debt. Other amendments are regularly passed to affect how bankruptcy law is implemented. The Oswalt Law Group is ready to help you utilize the protections afforded by today’s bankruptcy laws. Contact Oswalt Law Group in Phoenix immediately to learn how we can help you with your debt management.