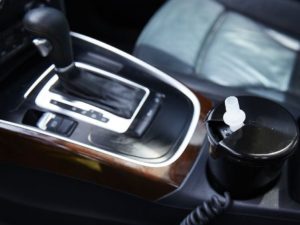 Two mothers are in trouble with police from separate incidents in which they used the breath of their children on installed ignition interlock devices so they could start their cars. In this issue, we’ll talk about what happened in both cases.

In late February, a Phoenix mother left the scene of an accident she was involved in before finally being stopped by police. She admitted to them that she had been drinking alcohol, and a Breathalyzer test showed her blood alcohol content to be .170. Because of a previous charge for driving under the influence (DUI), she was required to have an ignition interlock device in her car. With her at the time of the accident were three children. The mother admitted to using the breath of one of the three to bypass the device and start her car. She is now facing a host of DUI-related charges.

According to reports, the mother and her 8-year-old daughter were involved in a one-car crash in February. Rather than waiting on police officers to arrive, the mother actually fled the scene and went home. When police arrived on the scene, they were told by a witness that before the crash, the mother was seen encouraging her daughter to blow into the ignition interlock device. The mother was eventually charged with drunken driving, child endangerment, corruption of a minor and several traffic offenses.

What You Need to Know About Ignition Interlock Device

In a previous issue, we shared a wide-ranging fact sheet about ignition interlock devices. In it are answers to questions ranging from how the device are installed to who monitors the device while it’s in your vehicle.

Arizona’s reputation about having the nation’s toughest DUI laws is well earned. That’s why it’s crucial you speak with a lawyer if you’re charged with DUI – even if you’re innocent. Make the smart move by calling The Oswalt Law Group if you’ve been charged with DUI. The first consultation is always free, so call us at 602-225-2222