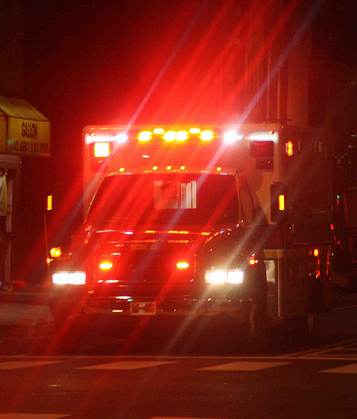 According to Phoenix police, three men were killed in a high-speed crash late on a Sunday night. The victims of the accident have been identified as driver Erik Sanchez-Valdez, 23, and passengers Francisco Hidalgo, 22, and Juan Guerrero, 25. Police report that Sanchez-Valdez was driving a 1996 G.M.C. pickup truck south on 91st Avenue when he swerved to avoid another vehicle near Campbell Road. Because he was traveling at a high rate of speed, police believe he lost control of the vehicle. Phoenix Police Department spokesman Sgt. Trent Crump stated the truck hit a dirt shoulder on the side of the road and vaulted over an irrigation canal running along the west side of the road. The vehicle then rolled into a field that was adjacent to the canal. The force of the accident ejected both passengers. The vehicle came to a stop upside-down in the canal. Both passengers were pronounced dead at the accident scene. Sanchez-Valdez was transported to the hospital, but was pronounced dead shortly after his arrival. Neighbors and witnesses blame the crash on drag racing. Many claim that drag racing is a common occurrence and has been going on for 10 years. Tracy Duarte, one resident, stated “I don’t let my daughters play in the front yard because of all of the racing.” Neighbors and witnesses claim that groups of vehicles meet late on weekend nights to race, usually beginning at West Camelback Road and ending at West Indian School Road. The accident is still under investigation, but Crump stated that speed was a factor. Police have not stated if impairment contributed to the accident.

Is Speeding a Negligent Act?

According the statistics from the National Highway Traffic Safety Administration, speeding is a prevalent factor that contributes to traffic crashes. They conclude that speeding was a contributing factor in 30 percent of all fatal crashes in 2012, leaving 10,219 people dead. Sadly, speeding-related fatalities have increased by 2 percent from the previous year. Statistics also reveal that young males are the most likely to speed, with 37 percent of fatal speeding crashes involving 21- to 24-year-old drivers. Because speeding is illegal it could be considered a negligent action. While speeding is not usually a serious charge, it can lead to an accident involving injury or even death. If you have been involved in an accident that led to injury or death and you were charged with negligence because of speeding, you need the help of a defense attorney. The legal team at the Oswalt Law Group in Phoenix are experienced in defending those charged with all sorts of crimes, from drug charges to DUI. If you have caused an accident and are facing serious charges, our skilled attorneys can help you build a solid defense.