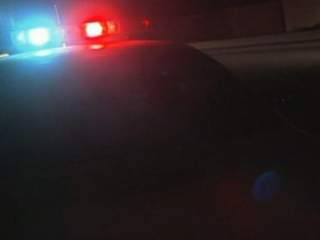 According to recent reports, two men and one woman were arrested after a chase both by car and on foot. Officers attempted to pull over the car on Arizona Highway 51 after car was recorded by radar traveling 98 miles per hour. When the officer attempted to pull the vehicle over, the driver increased speed and exited the highway near Bethany Home. Shortly after exiting the highway the driver ran the car into a sign. Both the driver, Jorge M. Monge, 22, and another male passenger, Jacob Monge, 18, fled the scene on foot trying to escape. Both were caught by the police. The third passenger was 18-year-old Socity Gutierrez. There were also two children, ages 2 and 4 months, in the vehicle. The 4-month-old was taken to the hospital and treated for facial bruising. The 2-year-old was uninjured. Both children are in protective custody and Gutierrez was arrested on suspicion of child abuse and endangerment. Just before the officer tried to pull them over for speeding, the occupants had apparently completed a drug deal. Both a package containing marijuana and a pistol were found in the car. In addition to the drug charges, the driver faces unlawful flight from law enforcement and DUI charges. The male passenger is facing another list of charges including possession of marijuana, possession of marijuana for sale and the failure to obey a police officer.

Drug charges can have very serious penalties, particularly when someone is in possession of a quantity of a drug sufficient to bring “intent to distribute or sell” charges. A simple possession charge may be a Class 6 felony, a conviction of which can result in a sentence of six months in jail. However, possession with the intent to sell is automatically a Class 4 felony which results in a minimum of 1.5 years in jail and a maximum of 3 years. This charge can also incur progressively longer sentences depending on how much drug the person has. If you have been charged with drug possession, driving under the influence or any other criminal charges and need legal representation, call the Oswalt Law Group in Phoenix. The attorneys at the Oswalt Law Group pride themselves on their professional experience and work hard to defend their clients. For more information, call Oswalt Law Group today and schedule your appointment with an experienced criminal defense attorney.