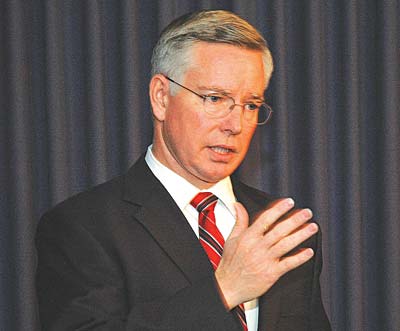 The County Attorney for Maricopa County, Bill Montgomery, was quoted recently as saying, “You literally cannot afford the consequences of driving impaired. You will spend time in jail.” This statement came about in conjunction with an announcement at the State Capitol in Phoenix that several police departments across the state were operating a holiday DUI enforcement program that put law enforcement out in full force through the New Year.  New statistics show that, while the total number of Arizona DUI arrests for 2013 were down, more than 4,000 drivers were arrested between November 25, 2013, and December 31, 2013.

Are The Holidays Really Worse for DUI?

According to statistics available from various state and federal agencies, there has been a huge jump in the number of DUI arrests since 2004.  That year, 19,482 people in Arizona were arrested for DUI; by 2011, the number had climbed to 31,561.  This does not mean that nearly twice as many people are driving drunk; instead, it is probably reflective of the police cracking down on DUI at a much higher rate than previously.  This interpretation of the data is supported by the fact that traffic stops overall climbed from 228,146 to 702,921 between the years 2010 and 2011 and dropped in 2013. According to controversial Maricopa County Sheriff Joe Arpaio, the increase in DUI holiday patrols is nothing new, yet the problem continues.  Arpaio has been sheriff for 21 years and claims that every year there is a “serious DUI problem.” Last year saw  more than 13,000 vehicular accidents, a number that police hope to lower this year.  The National Highway Traffic Safety Administration has promised funding in the form of grants to pay for increased DUI patrols and prevention programs.

What If I Am Stopped for DUI?

A lot of attention is paid to programs to prevent drunk driving as well as stricter enforcement of DUI laws.  However, little attention is paid to the drivers themselves or what they should do if they are arrested for DUI. Not everyone who is stopped for DUI is drunk, but an arrest can still cause serious difficulties for the driver.  Loss of license, jail time and expensive fines are just a few of the unpleasant consequence of a DUI conviction, even for someone who is not heavily intoxicated. Anyone pulled over and arrested for DUI can probably benefit from the advice of a criminal defense attorney who understands DUI law.  At Oswalt Law Group, we are ready to help those who have been accused of DUI minimize the damage caused by such a charge.