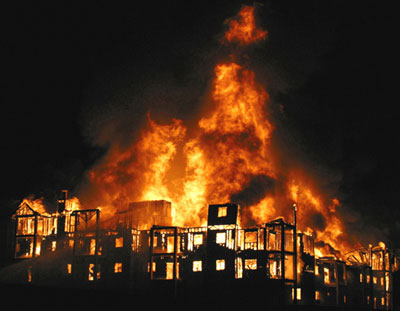 A recent investigation into two Phoenix arson investigators and their supervisor has resulted in the decision not to press charges against them for misconduct, according to recent reports. The probe concluded that shortcomings in a 2009 investigation were due to lack of training, not deliberate attempts to hide or change evidence. The decision was based in part on the report of an independent investigation firm. This group concluded that Jack Ballentine, Sam Richardson and Fred Andes should not be disciplined because there was no evidence of them intentionally damaging evidence or committing errors. The Department of Public Safety had made a recommendation that felony false swearing charges be entered against Richardson and Andes, but had made no recommendation of charges against Ballentine. The investigation stemmed from the probe into a May 2009 suspected arson home fire near 40th Street and Campbell Avenue. Homeowner Barbara Sloan was arrested for arson, but lack of evidence caused the county attorney to drop the case. Both men have been reassigned to different divisions after returning from administrative leave. They will not return to the fire-investigation unit. Ballentine will remain in a supervisory role but will not be assigned to arson investigations. Richardson will also face additional investigation regarding an interview he gave to “Inside Edition” after being ordered not to speak about a case. The department has since changed the training and certification requirements for arson investigators.

Investigations and Their Impact

When investigators are assigned to a case, they must follow certain protocols to protect both victims and those who might be accused of crimes. Investigators have a very important responsibility to collect and process evidence according to accepted standards. If they do not, the wrong conclusions could be drawn about a case and the wrong person or people might be arrested and charged. Therefore, if there is an investigation into a case in which you have been involved, it is important to be sure those investigators are following the right protocols. A criminal defense attorney can stand up for your rights and hold police and investigators accountable. Contact the criminal defense attorneys at the Oswalt Law Group today for help with your case. We will work hard to ensure that the police and others treat you with the respect you deserve and that they use the proper methods to collect and process evidence to ensure that you are not wrongfully convicted of a crime.