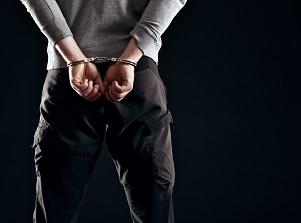 A Minnesota man facing two felony drug charges and a misdemeanor had his charges dismissed because of an illegal search of his vehicle by police. In this issue, we’ll talk about the specifics of the case.

Last year, the man was traveling in Minnesota in a truck with a Washington plate. Also, he was closely following a friend in another vehicle. Both were traveling 65 in a 70-mph zone. The officer, Tyler Iverson, testified that as he pulled up next to the man’s truck, his suspicions were alerted because the man did not look at the officer’s car. Iverson also said that the man kept his hands on the steering wheel in classic 10 and 2 o’clock positions. After Iverson pulled both vehicles over, the men said they were traveling from Washington to Indiana to buy the truck. The man also said to Iverson that he was semi-retired. After further questioning from Iverson, the mad admitted to having marijuana in the truck. After then searching both vehicles, Iverson found

How It Went Down In Court

Iverson testified that he pulled both men over because they fit the profile of a drug runner. The officer emphasized that the travel plans sounded suspicious and that drug runners are often unemployed. The judge, however, ruled that Iverson’s profile was just a guess. “Acting suspicious and avoiding eye contact with officers does not support reasonable suspicion…unless it is (combined) with other objective facts,” the judge said. The judge also said that Iverson unlawfully expanded the entire incident by his questions about controlled substance because the question had nothing to do with the original reason to stop the men.

Whether you’re actually guilty or not, a call to a skilled criminal defense attorney is the winning move if you’re facing drug charges in Arizona. To make sure you have an expert who will fight for your rights, call The Oswalt Law Group. Our number is (602) 225-2222, and the first consultation is always free.