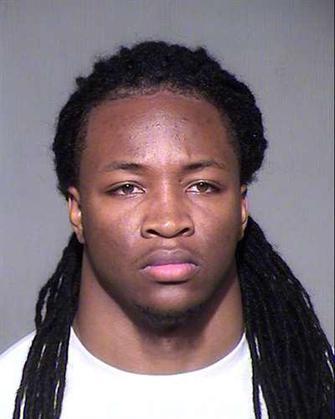 Kelsi Langley, the girlfriend of top-ranked Arizona State football recruit Davon Durant, has recanted her story that Durant hit her in the face and seized her by the throat, despite physical evidence and witness testimony to the contrary. According to Langley, the original statements she made in anger to the police were blown out of proportion by the media, although several witnesses testified that they saw Durant hitting the woman inside an SUV. Langley also had a bruise below her left eye and bruising around her neck consistent with marks from fingers. Durant has been suspended indefinitely following his arrest for aggravated assault and domestic violence.

One of the problems with pursuing charges in a domestic violence case is that proof often relies on two forms of input: physical evidence and witness testimony. If there is no physical evidence, or if the physical marks of abuse are ambiguous, it is up to witnesses to tell the story. In any domestic violence case, there are usually two different sides: that of the alleged abuser and that of the victim. When these two are the only witnesses to the abuse, it can become very difficult to determine what really happened, as the two will usually have very different stories. Police officers, who see a large number of domestic violence cases, are often adept at discerning the truth, but they can easily make mistakes. This is especially true if the victim is using the system for his or her own purposes and is deliberately manipulating the emotions of the responding officers. Unfortunately, this does happen in some cases. If there are other witnesses to the case, it is often easier to learn the truth, but even with witnesses these cases can be confusing. For this reason, prosecutors try to sift the facts carefully before bringing DV charges. However, recent changes in the law may force prosecutors to pursue domestic violence charges in certain cases even if they are not sure of the facts. If you have been charged with domestic violence, it is very important that you secure a strong criminal defense team as early as possible. DV charges can have long-term and far-reaching consequences, including jail time, fines and a permanent mark on your record. Contact the attorneys at the Oswalt Law Group in Phoenix to help you build a defense against domestic violence charges.