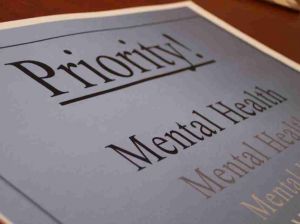 What Are “Therapeutic Courts?”

“Therapeutic courts” are so-called because their primary purpose is not punitive but rehabilitative.  These courts are designed to address issues that relate to mental health and other problems suffered by those who commit crimes.  Not everyone is in favor of therapeutic courts, but when they address unmet needs they can perform an important function in the criminal justice system. Mental health issues can lead to a wide variety of crimes, some of them violent.  The recent Colorado movie theater and school shootings and the attack on Gabrielle Giffords bring to mind the possibility that these tragedies might have been prevented if the underlying mental problem of the attacker had been addressed. Yavapai County Superior Court judges, in response to this issue, have taken the stand that a “mental health court” may be more useful than simply processing more people through the criminal justice system, only to see them released to commit new crimes. One judge is assigned to this court full-time.  Her job is to look at mental health cases that intersect with crimes and decide, with the help of prosecutors and defense attorneys, an appropriate remedy.

How Big Is The Mental Health Problem?

According to the National Alliance on Mental Illness or NAMI, about 221,000 Arizona adults and 73,000 children live with serious mental health issues.  The results speak for themselves:  979 suicides in 2006, 69 percent high school drop-out rates for affected minors, just to name two consequences of untreated or mistreated mental illness.  Experts estimate that only 18 percent of those living with serious mental illness are receiving treatment. The effects in terms of the criminal justice system are also undeniable.  At least 70 percent of the children who were incarcerated in the juvenile justice system were suffering from some form of mental illness, and at least 8,900 adults with mental illnesses are incarcerated in Arizona prisons. While everyone still wants to see people held accountable for their crimes, they also want to see early intervention for those with mental illness.  If a future crime, particularly a violent one, can be prevented by this type of court, then it is probably a good thing to have as part of the Arizona penal and criminal justice system. Contact Oswalt Law Group in Phoenix if you have been accused of a crime.  We may be able to help you defend yourself against these charges and find a helpful resolution to your case.