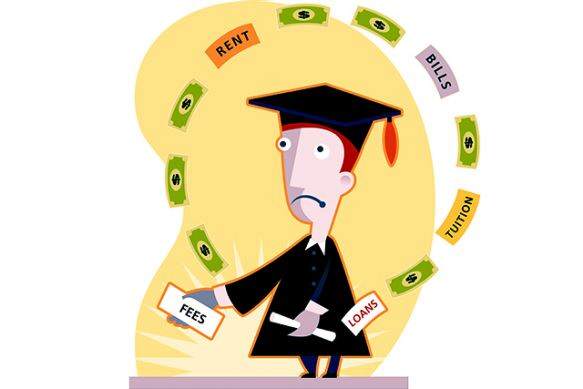 Ridding yourself of credit card debt, automobile loans and other unpaid bills is the primary goal of bankruptcy. Student loan debt, however, are a completely different matter. In this article we’ll talk about why.

According to the Consumer Financial Protection Bureau, just over 41 million people are in debt to the U.S. government for student loans. The average amount owed is $30,000. Among our senior population, the U.S. Government Accountability Office says that student debt maintained by those who are 65 or older skyrocketed from $2.8 billion in 2005 to $18.2 billion in 2013.

Student loans and mortgages are the two kinds of debt that are the most difficult to discharge during bankruptcy. Part of the reason why that accessibility to higher education and homeownership are viewed as incredible opportunities for upward movement within society. Also, the U.S. Congress views the obstacles to discharging student loan debt as a way to keep the cash flow investment rolling into those programs so that they remain affordable and available for such a large pool of participants.

How to Rid Yourself of Student Loan Debt During Bankruptcy

While it is difficult to have your student loan debt wiped out, it’s not impossible. The key is proving that having to repay them will create an undue hardship for you. The first step is filing a formal complaint with the bankruptcy court, then moving on to prove that you’ll suffer even more because of the substantial financial obligation. While courts may use different tools for assessing the level of hardship, one of the more common ones is known as The Brunner Test. In this test, you need to prove all three of the following:

The Statewide Bankruptcy Experts Can Help

If you’re facing bankruptcy and have student debt, let’s work together so that we put forth a plan to have it erased. Because you need the expertise of a skilled attorney who knows the entire bankruptcy process, we encourage you to contact the offices of Statewide Bankruptcy today by calling (602) 225-2222.