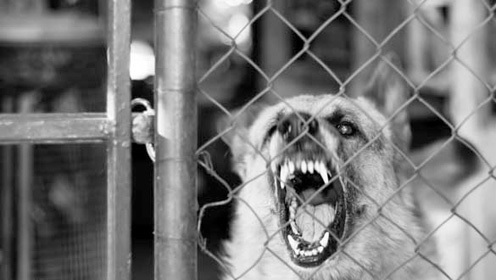 For a 65-year-old Surprise, Ariz. woman, 2016 got off to a rough start. As the woman was entering a grocery store in late January, she was viciously attacked by a German shepherd mix dog. After being helped by store employees, the victim, and her husband saw the dog and its owner running from the scene. The man and the dog have not been seen since. The victim was left with a bad injury as the dog literally ripped tissue from her leg. She was taken to the hospital for treatment and a series of painful shots for precaution against rabies.

In the U.S., the number one cause of rabies infection for humans is dog bites. Because rabies is life-threatening to humans, its significance cannot be underestimated. The World Health Organization tells us that nearly 60,000 people worldwide will die from rabies every year. Rabies is known to attack the central nervous system and causes inflammation to occur in the brain. In addition to dogs, cats, rabbits, bats and raccoons are among the animals known to be capable of transferring the rabies virus to humans through bites and scratches.

Who’s at Fault for Dog Bites in Arizona

The laws in Arizona regarding dog bites are fairly straightforward: the owner is responsible for any injury their dog causes to another person in a public or private place. Even if the owner did not know beforehand that the dog was aggressive, they’re still on the hook for any damages caused.

Here in Arizona, a dog’s owner can also be held liable for any damage their dog causes to another person – beyond biting. For example, if you’re walking on a sidewalk and a dog causes you to fall and sustain injuries, the owner can be held legally responsible.

The two most common defenses brought in dog bite suits are that (1) the victim was trespassing and (2) that the dog was provoked into biting. If either of those two defense claims are proven to be true, the injured person will not be able to prevail in the case.

The Oswalt Law Group Can Help You

If you’ve been bitten by someone’s pet or your pet has injured someone else, we strongly encourage you to contact the skilled attorneys at the Oswalt Law Group for a free consultation at (602) 225-2222.