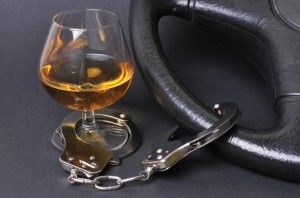 A woman was killed and several others were injured by a driver who was said to have a blood alcohol content more than four times the legal limit, according to recent reports. Police arrived at the scene of a collision on Interstate 17 near Camelback Road to find Stephen B. Martin, 39, lying on the ground near his SUV. When asked if he had been drinking and driving the wrong way, Martin is alleged to have answered, “Yeah.” He was transported to a local hospital for treatment of minor injuries. Martin was traveling south in the northbound lanes of I-17 at the time of the collision and hit another car head-on. Megan Lange, a Phoenix fire dispatcher, was killed in the crash. Several others were injured. Martin’s BAC was measured at .313 percent. Martin’s girlfriend, who was riding with him at the time and was also injured in the crash, said that she warned Martin that he was going the wrong way but that they could not find a place to turn around. Martin has been arrested on suspicion of endangerment and aggravated assault charges. Further charges are expected related to Lange’s death. Martin had a previous Phoenix arrest for DUI involving marijuana in 2006.

In Arizona, a driver can receive several different types of DUI charges depending on the circumstances. If a driver has a blood alcohol content measured at less than .08 percent, he or she can be charged as “impaired to the slightest degree.” This charge is generally reserved for someone who caused an accident or did something that clearly shows impairment, even if the BAC was not quite .08 percent. The .08 percent limit is the threshold for a per se charge in Arizona. Drivers who measure at least .08 percent BAC are almost certainly going to be charged with DUI whether they cause an accident or not, and those with higher BACs may receive more serious charges. At .15 percent, drivers can receive an Extreme DUI charge, and at .20 they can receive a Super Extreme DUI charge. Each of these gradations includes more serious penalties. Drivers can also be charged with aggravated assault if they injure or kill someone in a crash, endangerment if they have a child in the car and may be subject to other charges depending on their circumstances. Contact the Oswalt Law Group in Phoenix if you have been charged with DUI and learn more about how we can help you address these charges.