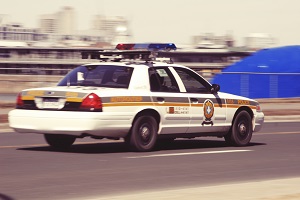 You Have The Right To Remain Silent

The words “you have the right to remain silent” are a staple of every crime drama on television, uttered when the police officer finally places the suspect under arrest.  However, many people do not know what these words really mean and where they come from.  Understanding your right to remain silent is critical in protecting yourself if you are ever arrested for a crime.

What Is The Right To Remain Silent?

Police officers are required to inform suspects of their rights when they are placed under arrest.  Part of this process involves the Miranda warning, named for a famous Supreme Court case Miranda v. Arizona.  In that case, the court ruled that an officer must inform the person placed under arrest of his or her rights against self-incrimination under the Fifth Amendment of the United States Constitution.  These rights include:

Many people make the mistake of trying to talk to the police because they believe that since they have done nothing wrong, they cannot be charged.  Innocent people have been put on trial and even gone to prison for simply saying the wrong thing to police.  It is critical that you avoid this problem by seeking criminal defense representation.  The attorneys at the Oswalt Law Group in Phoenix are ready to help.