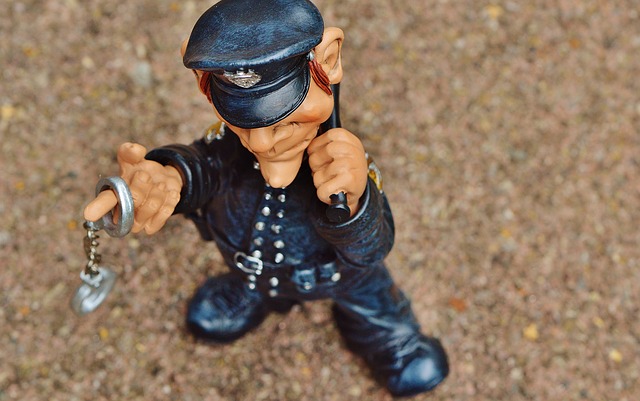 You Won’t Believe What This Police Officer Did!

We’ve said numerous times that if you’re charged with driving under the influence (DUI), the smart move is to plead not guilty and immediately talk with an attorney. To illustrate one of the reasons why, we bring you the story of Richard Fiorito, a disgraced cop who made over 130 false DUI charges.

Assigned to the streets of Chicago, Fiorito was once honored by Mothers Against Drunk Driving (MADD) as one of their “top cops” for his fierce devotion to fighting drunk driving. Between January 2007 and June 2008, Fiorito wrote out 313 charges for DUI. In 2006, he charged 230 more. In most of the cases, the people charged would simply plead guilty or take advantage of favorable plea bargains rather than having to go to trial. However, when dash cam footage eventually emerged in 2009 that contradicted one of his police reports, he was taken off the streets and assigned to desk duty.

How He Would Charge People

In most cases, Fiorito would stop a driver for a minor traffic violation (broken tail light, etc.) and then administer a field sobriety test. Regardless of how the person did on the test, Fiorito would enter a failing score, then arrest and charge the person with DUI.

Why He Did It

What’s to gain by fabricating DUI charges? In the case of Fiorito, it was to satisfy his own bigotry, apparently. A large number of his DUI arrests involved individuals in the LGBT community, many of whom accused Fiorito of using homophobic slurs as he arrested them. Money may have also been a factor as Fiorito earned overtime pay every time he appeared in court for one of his DUI cases.

City of Chicago Settled Fiorito Cases For Hundreds of Thousands

A commercial driver who had just earned his CDL could not plead guilty to Fiorito’s charge of DUI because it would threaten his livelihood. Instead, he filed suit against the city of Chicago for false arrest and malicious persecution. Another man was fortunate enough to have reliable witnesses in the form of other cops who disagreed with Fiorito’s allegations that the man had been drinking and driving. He too decided to take legal action against the city. The city settled with both men for $100,000 each and paid their legal fees. The total amount forked over by the city was $450,000.

The Bottom Line: Review the Evidence

The majority of DUI cases do not involve false allegations by the arresting officers, but mistakes can be made; mistakes that can mean the difference in having your charges reduced or dismissed altogether. The only way to be sure is to have an opportunity to review the evidence and talk with an attorney.

If you’re facing DUI charges, get in touch with us here at The Oswalt Group. There’s never a charge for the initial consultation, so call us at 602-225-2222.