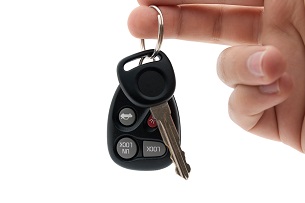 A 59-year-old former contractor who says he can no longer work after being involved in a rear-end vehicle crash has agreed to a $2.2 million settlement from the employer of the man who ran into him. In this issue, we’ll talk about the case.

The victim was on his way to a work project as he approached the Lincoln Tunnel in New Jersey. He was in the far right lane when he was hit from behind by a car driven by a man working for Cavalry Inc., a rental car transport company. The victim says he observed the driver of the car racing with a driver in another vehicle. The driver of the car, however, said that he was cut off by another car.

Injuries Sustained by the Victim

The victim said that constant pain in his shoulder and back caused by the incident has left him unable to work. Several months after that incident, the victim was involved in yet another auto accident – which he claims aggravated his injuries from the first incident. For the second incident, the victim received a $100,000 payment from his insurance company.

The victim’s lawyer confirms in reports that the employer of the driver who caused the first crash offered the $2.2 million settlement to the victim for his pain and suffering as well as his loss of earning potential. While he says that he remains in pain, the victim – a father of two grown children – said that he was “pleased with the settlement.”

If You’ve Been Hurt by Someone Else’s Negligence, Call The Oswalt Law Group

Just as the victim in the case above, being hurt by someone else’s negligence may entitle you to recoup fees for high medical bills, lost wages and other expenses. Call us here at The Oswalt Law Group; our number is (602) 225-2222 and the first consultation is always free.