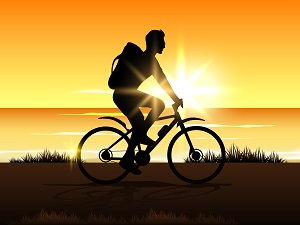 You’ll Never Guess Why This Cyclist is $4.85 Million Richer

In a personal injury lawsuit against the City of San Diego, a cyclist has settled for $4.85 million for injuries sustained because of the City’s negligence in sidewalk maintenance. In this issue, we’ll talk about the specifics of the case.

The victim was riding his bike to see his friend when he was “launched 28 feet” by a sidewalk that had been damaged by a tree root. According to records, the tree root had damaged a sidewalk that was adjacent to the road and created a ramp-like ledge in the pavement. From his fall, the victim sustained torn ligaments in his spine, a possible stroke and the loss of several teeth. He spent nearly a month in the hospital recovering from his injuries.

What The Lawyer’s Argued in Court

The victim’s lawyer said that the City was responsible for the mishap because they had slashed funding for tree maintenance and inspection and that they (the City) should have made efforts to correct the 7-inch slope in the sidewalk. The City maintained that the potential for danger would have been noticeable to anyone exercising “due care.”

The settlement in the case described above is a bit larger than what the City of San Diego has paid in other recent cases involving damaged sidewalks and cycling incidents. The previous three settlements have been in amounts of $75,000; $98,000’ and $235,000,

If You’ve Been Injured Because of Someone Else’s Negligence, Call The Oswalt Law Group of Arizona

If you feel that you’ve been injured because of someone else’s negligence, it’s crucial that you speak with a lawyer skilled in personal injury law so that you’re properly compensated for lost wages, medical bills, etc. The first consultation is always free, so call The Oswalt Law Group at (602) 225-2222.